Omnia Makerspace is a playground for adults inspired by the future

News | 22.06.2022
Omnia Makerspace celebrated its third birthday in Otaniemi on a rainy Tuesday. The miniexpo provided also an opportunity for the entrepreneurs to promote their operations and build networks. The opening speech was given by Tuula Antola, General Director at Omnia, and the event's program was hosted by Leigh Ewin, Community Manager at A Grid.

Omnia Makerspace has achieved a lot in three years

Omnia Makerspace opened in 2019. Located in Otaniemi at the premises of Aalto University, Makerspace resembles a sandpit for adults. It is a place where one can build and break, experiment and learn, and get to know new people at the same time.

According to Esko Lius, Specialist at Omnia, Makerspace was strongly supported by Omnia's Principal Maija Aaltola and former Business Director Riikka-Maria Yli-Suomu. Since the beginning, there has been cooperation with the teachers in technology-related fields. Prior to the covid-19 pandemic, some morning coffee sessions were arranged for start-ups and students.  The sessions served as a channel for finding places for work-based learning.

”Several students have also been employed at A Grid companies since the beginning. Also, there are strong connections with other vocational institutions and higher education”, Lius explains.

During the first years, there were more than 4000 visitors. As the pandemic took place, the operations became smaller, but after the world re-opening, a new era has started also at Makerspace.

”The celebrations of three years and the miniexpo were a good start for a new rise in our operations. There were almost 60 guests and 12 exhibitors, which is also the number of people we can provide space for", Lius says.

Makerspace is run by Lius and the coordinator Siim-Eigo Saar, who often sees the visitors first at the entrance.

”Three years does not feel like three years. We have achieved great things. We have built a place for entrepreneurs and students to build networks and a location, where one can try being an entrepreneur. This is a place, where you can see what entrepreneurship means with its ups and downs. This would not be possible without Omnia, which we would like to thank for its creativity and flexibility", Saar said at the event. 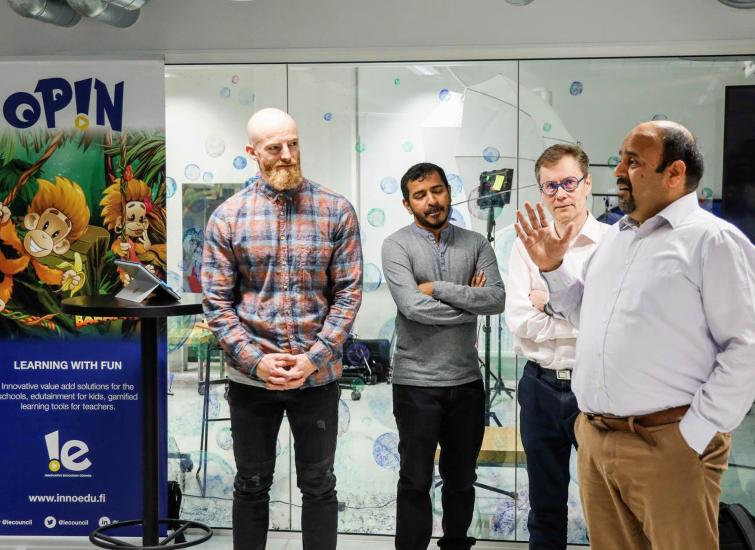 Mukul Saklani from InnoEdu emphasised the importance of cooperation with the educational institutions.

Makerspace has everything you need

InnoEdu is one of the companies, which have been operating at Makerspace. Its mission is to make high-quality learning possible for everyone, regardless of their place of residence.

InnoEdu was founded five years ago and it operated as a part of Makerspace for three years. According to Mukul Saklani, the representative of the company, those three years were the most profitable for the company. The company has now moved to larger premises, but the cooperation continues.

”At Makerspace, there is everything you need for the start”, Saklani said at the event.

”Our aim is to teach IT-skills for children, and students have an important role in our development work"”, Saklani explains.

At the company, there have also been many pupils from the ninth grade getting to know the working life. Makerspace has made it possible to offer places for several pupils as there is enough space for them.

While the pupils learn about the company at Makerspace, they also get to know the education opportunities at Omnia. 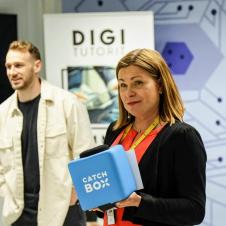 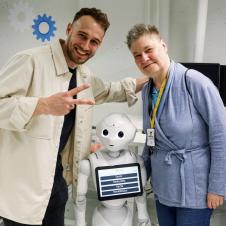 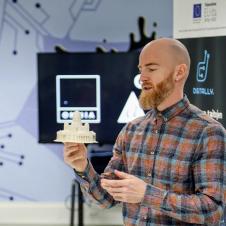